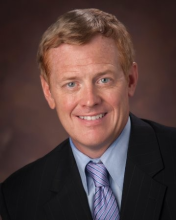 From our December Client Note

Christmas was a big deal when I was growing up, on the northwest side of Chicago.

My mother, an executive secretary to a small business owner at the time, would always host a Christmas dinner with our immediate family, which consisted of my Dad, my younger brother, so the four of us,  and my uncle, aunt, and grandmother.  My grandmother lived in an apartment above us.

This year, I remembered one Christmas in particular, 1980, when I was a 16 year old high school junior.

Throughout the late 1970s, there was plenty of work for my Dad, a machinist by trade.  He was working 6 days week, taking on overtime, with him and my mother discussing how to keep up with the increasing prices.  By 1980, the discussions turned to Dad’s hours being cut, and his concern about potential layoffs. I could hear the frustration in his voice, always tempered by mother’s kindness, and optimism.

In 1980, 8 million adults were out of work, the highest number at the time since the Great Depression. The prime rate, was 14.85%.  Only 1 in 10 young families could afford to purchase a home.

Just a few months before, then candidate Ronald Reagan visited our High School during his campaign.  He met with a group of National Honor Society seniors, presenting a message focused on the youth of our country.

During this meeting with the students, he presented a message of putting Americans back to work, promoting the mindset of self-determination, restoring excellence in education, stabilizing inflation, and creating a banking framework that worked for all Americans.

It was a message of confidence, that with the right framework, the young, and everyone in our country could look forward to a bright future.

Confidence, both business and consumer, was at an all- time high.

During that December, I thought about the message, and plan, that Ronald Reagan presented then, and find myself thinking about it again, as we face a number of economic challenges headed into the New Year.

With practical, level-headed, confidence, and an economic framework that encourages a stable currency, new business formation, innovation, and growth, we will again get through these challenging times.

Back to Christmas, 1980.  We were together again for Christmas dinner of turkey, mashed potatoes, gravy, stuffing, baked green bean casserole, (my mom was big fan of casseroles), cranberry sauce, and for dessert, pumpkin and mincemeat pie. Everyone, even my worried Dad, was in a good mood.  The talk around the table was about what my brother and I were doing in school, what we had planned for Christmas break, and Chicago sports.

Best wishes for a Merry Christmas, and a Happy, Healthy, Prosperous, and Peaceful New Year!